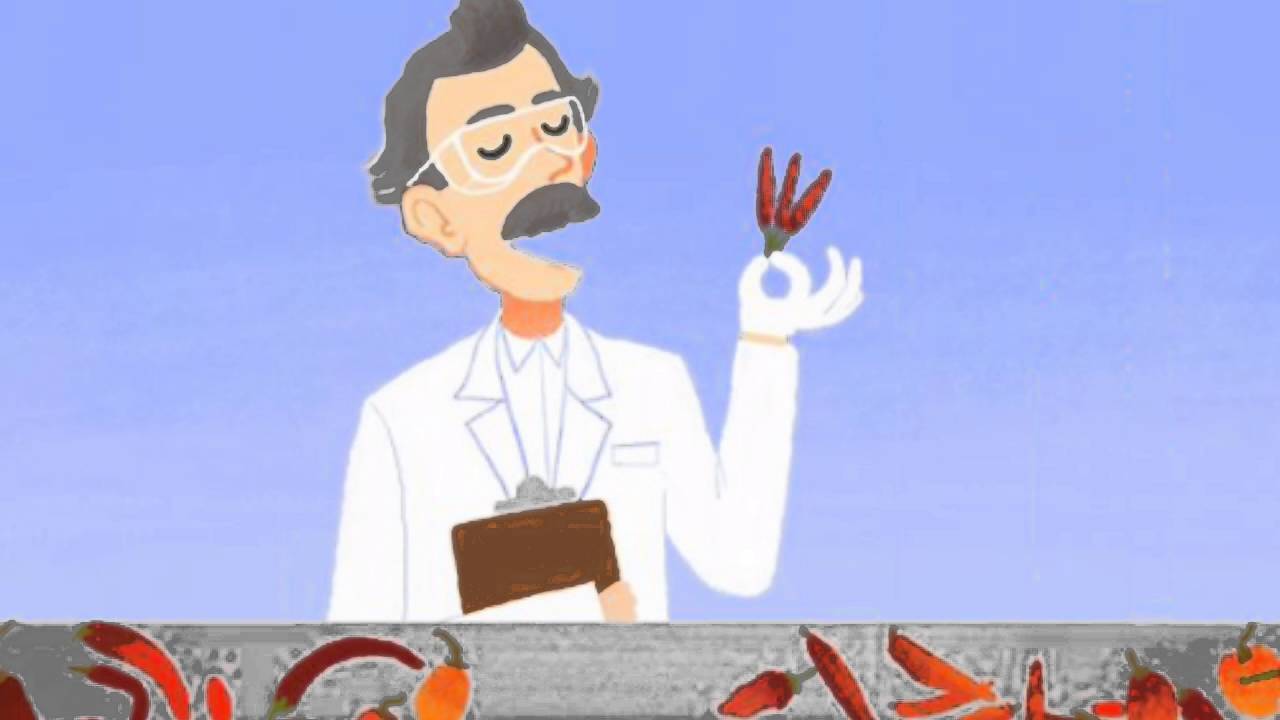 The new animated Google Doodle dedicated Wilbur Scoville’s 151st Birthday is an online video game.
People have known about the tongue-burning, tear-inducing qualities of peppers long before Columbus reached the Americas. Before Wilbur Scoville, however, no one knew how to measure a pepper’s “heat”. The doodle team thought his work in this field—and the development of his eponymous Scoville Scale—deserved some recognition.
Born in Bridgeport Connecticut on January 22nd, 1865, Wilbur Lincoln Scoville was a chemist, award-winning researcher, professor of pharmacology and the second vice-chairman of the American Pharmaceutical Association. His book, The Art of Compounding, makes one of the earliest mentions of milk as an antidote for pepper heat. He is perhaps best remembered for his organoleptic test, which uses human testers to measure pugency in peppers.

Doodler Olivia Huynh has been thinking about Scoville and his test since last summer. From the start it was clear it was going to be a chance to do something fun. She writes:
Spiciness is somewhat of a universal, comical experience, which I think opened the door for us to do something we usually might not be able to, like a fighting game. I started making storyboards for how the game could unfold while engineers worked on building prototypes. Then I started sketching and making draft art to put in the prototype, so we could see what the experience would be like in interactive form.
Ice cream win: draft and final animations
After that I started working on backgrounds, boss characters, meters, and then all the character animations, and ending animations. At some point we thought about setting it in a human mouth, to clarify things, but then realized that was probably too weird (thankfully). Designing the boss peppers and animating Scoville’s reactions to eating them were probably my favorite parts.
Happy birthday, Wilbur!