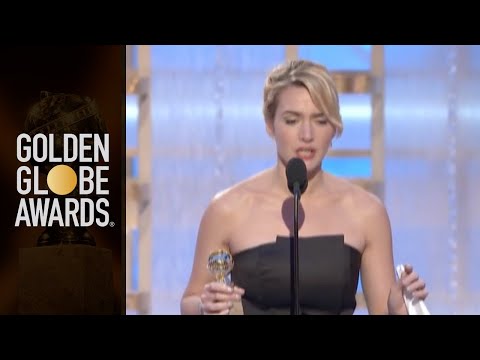 Cameron Diaz and Mark Walberg present the 2009 Golden Globe Award for Best Actress in a Motion Picture Drama to Kate Winslet for her performance in “Revolutionary Road.” Winslet accept the award and gives a speech, apologizing to the other nominees, then expresses her disbelief in her winning a second award. She thanks the Hollywood Foreign Press, her long-time agents, writer Richard Yates, the cast and crew on the film, the producers on the film, the hair and make-up department, her dialect coach, co-star Leonardo DiCaprio, and her husband and director of the film Sam Mendes. Other nominees included Anne Hathaway, Angelina Jolie, Meryl Streep, and Kristen Scott Thomas.