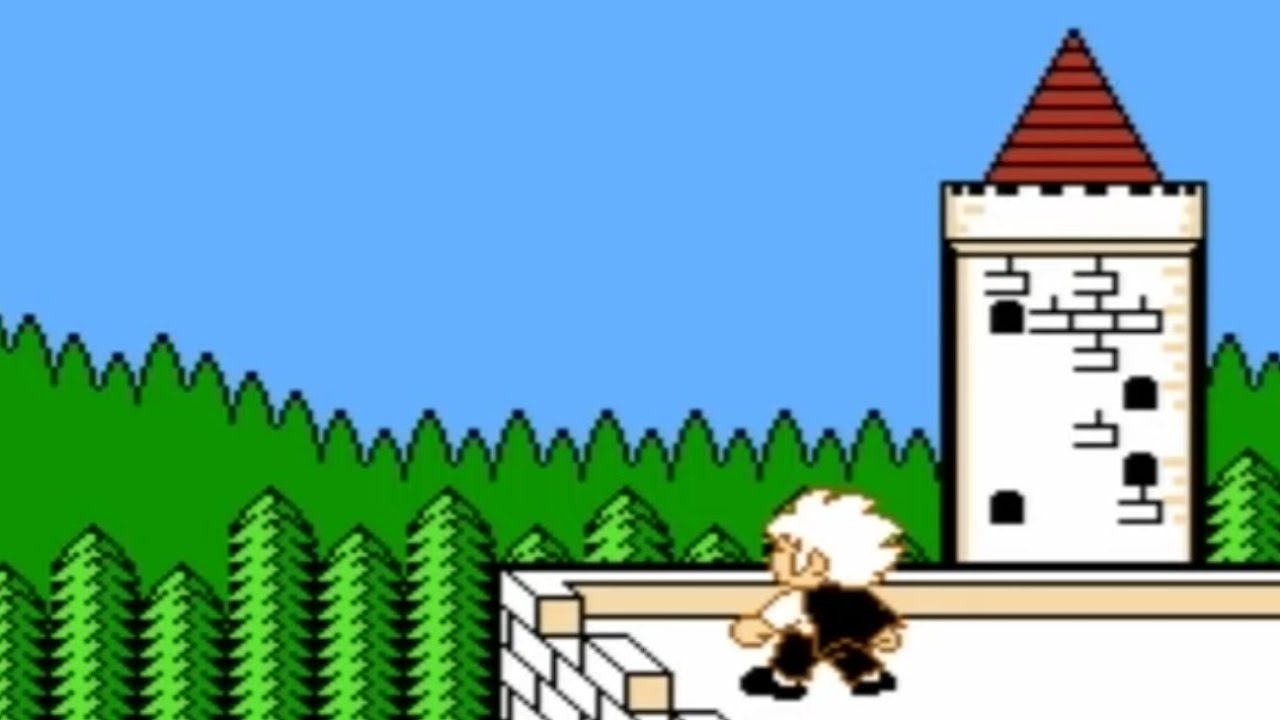 As you might have noticed from its original title, this game was a direct spin-off from the Castlevania series. Literally translated, the title means “Demon Castle Special: I’m Dracula-kun!,” and Demon Castle Dracula is typically called Castlevania when the games are translated into English. The Game Boy sequel/remix game was released in English under the name, “Kid Dracula.”

You can find my video of the Game Boy game here:

I am playing a fan-translation for this video, so the title screen reflects the logical localization of the title for western audiences. If you are interested in playing the game, you can find information on its translation here:

Kid Dracula on the Famicom (NES) was announced as part of the line-up for Konami’s Castlevania Anniversary Collection to be released later this month, so I thought I would upload a playthrough for anyone that might be curious about it.

It’s a cutesy take on a series that’s typically known for it’s gothic horror trappings, featuring several Castlevania series’ staple characters in super-cute, brightly-colored SD form. Like Parodius and Otomedius are of Gradius, the Kid Dracula titles are parodies of the Castlevania games.

You play as an adorably squat version of Alucard in Kid Dracula in this one, and ultimately have to face off against Garamoth and Death. (Anybody else noting the Symphony of the Night connections here?) Many of the stages and some of the music are adapted from the first three Castlevania games – I thought that the nod to Castlevania III was particularly cool in the first stage’s background music. The graphics are fantastic by NES standards, too. There are quite a few effects that look very impressive for the hardware (notice how stage 1 actually fades in during the transition from the intro without cutting to a black screen? Or the size of the boss characters?), and I loved the recreation of the iconic clock tower scene.

I’m extremely curious to see how Konami handles the graphics for the US release. I highly doubt that the first stage’s boss will look the same in the upcoming release – even though it’s a totally innocent-looking ghost with a manji on his forehead in Japan, I really doubt Americans will view him the same way. So awkward… Haha!

The game feels much different from the standard Castlevania games to play – the sprites are all far larger, the jumps are much floatier (much closer to Mario than Simon or Trevor), and now earn secondary powers through magic learned at the end of each stage instead of sub-weapons with heart ammo. These allow Alucard to shoot mega-buster style fireballs, using homing projectiles, to turn into a bat, or whatever else might suit the challenges the stages present. It all feels smooth and works well within the context of the game, though like I said before, it feels much different from a typical Castlevania adventure. The game is also a bit more forgiving than Castlevania games tend to be, though it does amp up the challenge a fair amount near the end.

I’m very happy to see it finally getting a western release. Kid Dracula was just one among many classic Konami NES titles that never got a release outside of Japan, and it has aged surprisingly well for a nearly 30-year-old NES game.

_
No cheats were used during the recording of this video.

NintendoComplete ( punches you in the face with in-depth reviews, screenshot archives, and music from classic 8-bit NES games!

Visit for the latest updates!