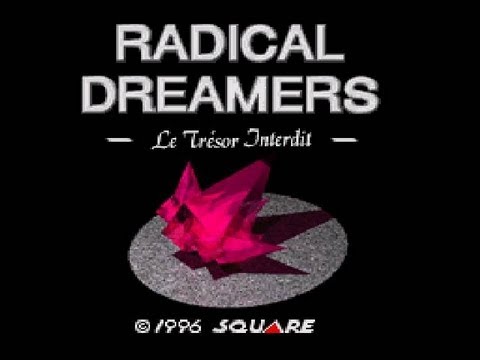 This is a video walkthrough / playthrough / runthrough / etc of the SNES game Radical Dreamers.

This is a side story of sorts to go along with the events after Chrono Trigger. This also served as the inspiration to Chrono Cross.

While there are multiple endings to this game, in order to be able to access the story paths for them, you have to beat the main story first, which this video goes through.

As you’ll see, this game does include random encounters. I don’t actually run into every enemy, but the random encounters should all end the same way, so once you learn how to deal with an enemy, running into it again shouldn’t be a problem. Some pre-scripted fights do have random elements to them, but you have chances to regain your health on quite a few occasions, so don’t worry too much about getting smacked around.

There might be a scene or two which you don’t have to bother with (I’m pretty sure the last scene with the mirror is optional), but it does add a bit to the story by seeing these scenes I think.